If we were trying to have coffee today I’d no doubt be all excited! It’s release day for my latest novel. PENUMBRA.

Some people make a big deal about release day. For me it is a bit anticlimactic…okay, it’s official. Distribution is a little wonky today too. This month my publisher is expanding the print copies into a new supplier. We have been exclusively Amazon for a while. Now Amazon will provide print copies sold on its platform and the new supplier will be able to more easily provide copies to bookstores and libraries.

Of course with anything new, the publisher had no real guidance into how long the new books would be in limbo. When they are available, they’ll be available. To make matters worse, the print copies on Amazon are delayed as well.

It’s a good thing I didn’t plan anything big for release day. Today’s big “release” activity? I cut the grass!

Thomas Fenske is a writer living in North Carolina. Check out his web page at http://thefensk.com

There are three days until the release of Penumbra!

Today I’d like to share a little bit about the story. This is the fourth installment of the Traces of Treasure Series and, like the others, it involves a search for a treasure. The first three eventually became a trilogy, one story led directly to the next. I fooled myself into thinking they could each stand-alone, and to some extent, I guess they can, but they are definitely tied together. Penumbra, though, is a story unto itself. We have the same characters, but we are not as concerned about their past exploits this time. Events move quickly and although there is some sense of their community of friendship, they are too busy doing what they are doing to bother much about the past.

What they are doing is trying to find the lost boyfriend of an acquaintance of cafe owner Smidgeon Toll. Of course, the pendulum of fate has made another pass: HE was on a quest for a lost treasure. In order to find him, Smidgeon and her boyfriend must enlist the aid of their friends to first get on his trail, then discern more about this treasure he was after. Along the way, they encounter a huge, centuries-old mystery, confront a crew of bad guys who kidnap and murder their own way in pursuit of the loot. New friends join the quest as well, including Ximena, who I mentioned a few days ago.

Another new friend is Bea Welbourne, a special collections librarian at a nearby university. Bea has no reason to become involved, but she’s intrigued by the tale she’s heard and is even more intrigued by the trail of clues she manages to uncover. She’s no stodgy librarian, she is smart, fit, and can hold her own out in the wilderness. When told she doesn’t need to help them, she simply responds that she enjoys a bit of excitement. She certainly gets more than she bargained for.

I don’t want to say too much more, because I’m getting into spoiler territory, but suffice it to say, there are many veiled layers concealing the core of this mystery. All the pieces fit together, but it takes a while for our hardy crew of treasure-hunter, investigators to a conclusion.  It is full of twists and turns, with criminals lurking and popping up when you least expect it. And there are several supernatural things complicating matters at several turns. Oh, and the cover? You’ll see all of that in the story.

If you haven’t read any of the other three books, don’t despair … you can read this one first if you want, but be warned: you’ll end up wanting to read the other three.
Penumbra will be released on August 1. The Kindle edition is available for pre-order on Amazon right now.

Thomas Fenske is a writer living in North Carolina.
You can get more info at http://thefensk.com 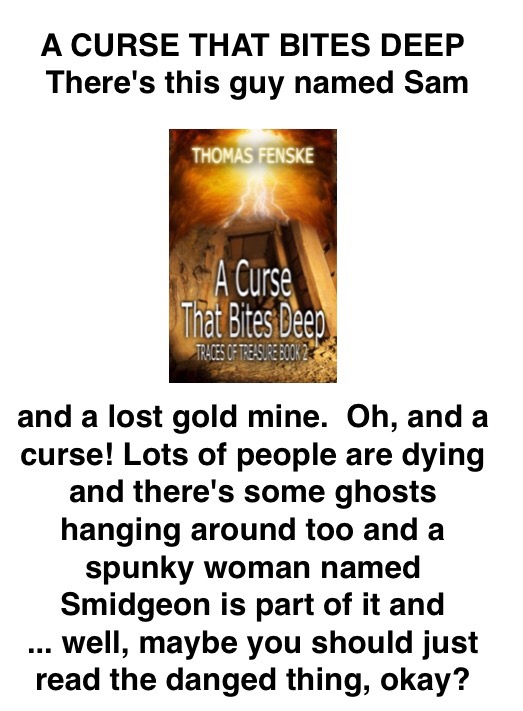 I only want to add:   http://thefensk.com 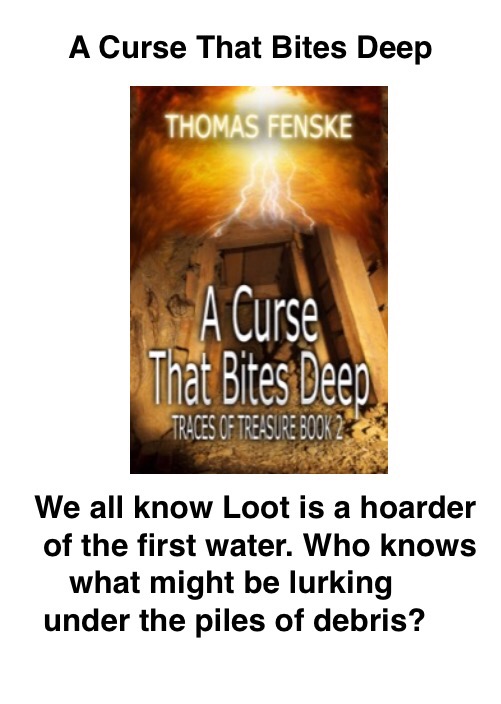 You will have to read it and decide for yourself.