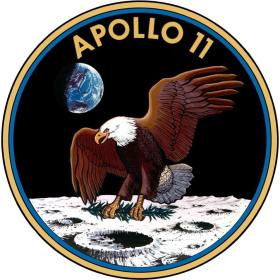 Okay, I decided to share something I posted on Facebook because, well, the teaming millions have to know. Even those who lived through the event will remember what I am sharing.

The one thing missing in all the fiftieth anniversary of the moon landing broadcasts is the ever-present TANG commercial.  As part of the news coverage of every space flight I can remember, there were always TANG commercials.  Always.  They probably lined up these slots years in advance … I’m sure they were as big for them as Super Bowl commercials are for everybody else.

Ah, but younger folks might not even know what Tang is — and yes, it does still exist. It’s a powdered breakfast drink, generally orange-flavored (although I think they eventually expanded the line). Well, orange-flavored is a bit of an exaggeration … it was more a sort of semi-orange-flavor.

They used to advertise it as “what the astronauts drink” … It came in a jar like instant tea or instant coffee. If you believed the commercials, this product was the apex of American civilization in the 1960s. The moon landing was second, of course, because they obviously couldn’t have made it to the moon without Tang, right?

Although for all of us it was indelibly linked to the entire space program, it was totally skipped in all of the hoopla over the anniversary of the landing.
Sample commercial: